On the morning of 22nd March 2020, the day of Janata curfew on our Aastha whatsapp group that runs Anand Niketan special school a message popped up as to whether we can team together and provide basic food packets to the workers, tourists and truck drivers that were stranded due to the lockdown in North Goa.

In no time there was consensus amongst the group members and we were set to go on venture we had never treaded before and had no knowledge of. There were two profound thoughts behind this initiative. One thought being as responsible citizens and organization we could make a difference to the lives of others in need of help. The other thought I shall come to later.

Each of the group members pitched into their core competencies to drive this project, which we coined it as ‘Aastha’s Covid Relief Helpline’. One of our group members who is into catering business shared his kitchen to cook meals, the other member into food distribution business provided sacks of grains and pulses, another brought in the government permissions so we could move around, the one who has a flair in writing prepared the messages to be circulated on wapp and the rest pitched in to deliver the food packets.

On the evening of 22nd March 2020 we delivered the meals packets to people stranded at the Mapusa taxi stand, truck drivers at Patradevi and labourers at Mapusa market. Our whats app message for providing free food to the stranded labourers, daily wage workers and the elderly infirm had gone viral by then and from next day onwards the phone numbers mentioned on that message were buzzing.

Another message to seek donation for the project was also circulated amongst our network of friends and acquaintances. It too evoked a good response and funds started to first trickle in and within a few days we were sufficiently funded to continue the project. On the evening of 22nd March we delivered 50 food packets and the 50 crossed 5000 in no time in the next few days as we supplied meal packs of fried rice/pulao to people in North and South Goa on just a phone call. The delivery was done by the members of Aastha in North Goa and in South Goa we roped in another group to do the delivery.

In the meanwhile, as news about covid infections in Goa started to flow, there were apprehensions amongst our family members and out of concern they were not comfortable that we venture out twice a day to provide meals. However with persuasion the group members were allowed to continue on the project. Each of our volunteers ensured that the safety protocols were meticulously followed.

As the lockdown started to prolong into the second week, we decided to provide ration comprising of rice, dal, sugar, atta chilli powder and salt and discontinue with the cooked meals. There were two groups formed; one group would do the packing of ration in packs of 5kg rice along with the other items and the other group was entrusted with delivery on different routes – one towards calangute, the other towards porvorim-betim, yet another for thivim-colvale and one for Mapusa. The conduit between these two groups was our call centre, managed by one person. The incoming calls after proper inquiry to ensure they were not from the same cluster of labourers would be logged into a diary by him and then a delivery list and chart would be compiled and given to the delivery team. Its no exaggeration, as even in this week we have provided ration to our workers building our state (deliberately not using the word ‘migrant’, as they are one amongst us). Till today we have delivered more than 5 tons of rice, 2 tons atta and 1 ton of daal. The only thing workers in distress know are a few phone numbers they call and selfless, nameless members and volunteers reach out to them.

We do not claim that it was only our NGO that provided relief; there were others groups too which did much larger service than us. It was our humble attempt to repay back to our society in our own little way.

At the outset, I eluded to two profound thoughts that would drive this initiative and had refrained from mentioning the second thought then. At Aastha, we have been following a practice that when we give to the needy, the left hand should not know what the right hand is doing. Keeping this to our hearts, the packed meals/ration were distributed to the needy ensuring their dignity and honour and without any photographs,…..yes without any photographs and posts on social media. This note too is sans any names as being a silent worker is more powerful and meaningful. The project we envisaged to start and carry on would not be possible without the overwhelming response we received in form of donation in cash and in the form of sacks of rice, dal and atta. A big shout out to all our friends and well wishers who contributed to this cause. Aastha believes that we are Not the Givers but just a conduit between the Benefactor and the Beneficiary and we have tried to remain true to this principle. We at Aastha continue to reach out to the deserving through our selfless members and Volunteers who have battled hot sun and humidity to deliver to the needy. The service of providing ration still does continue, however the calls are reduced as most of the workers have started to win their daily bread. 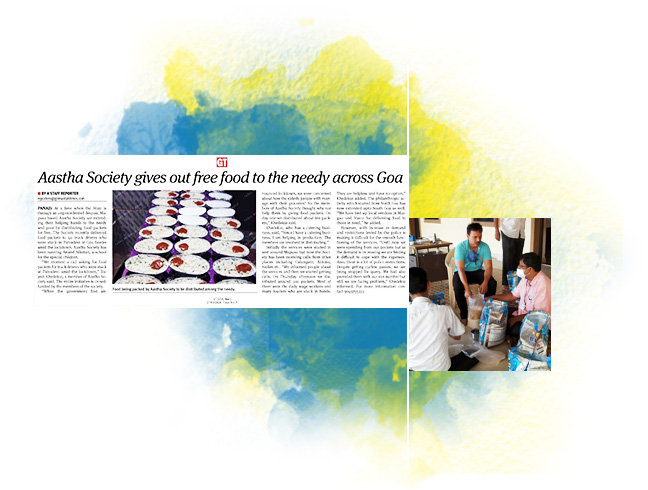 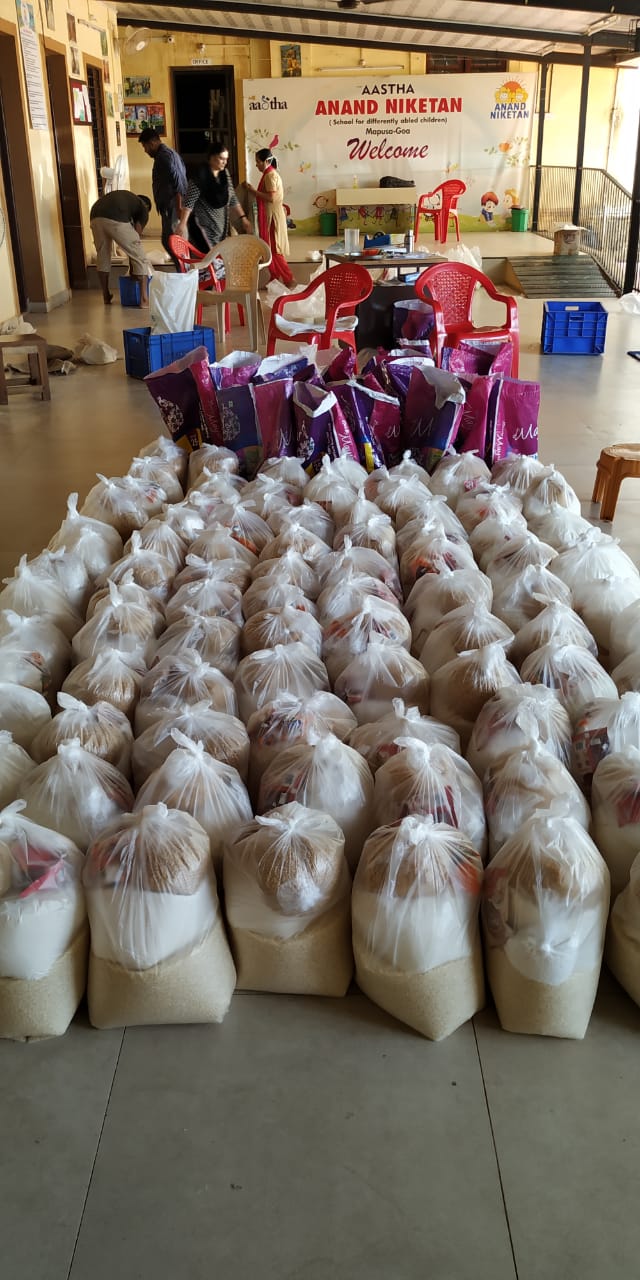 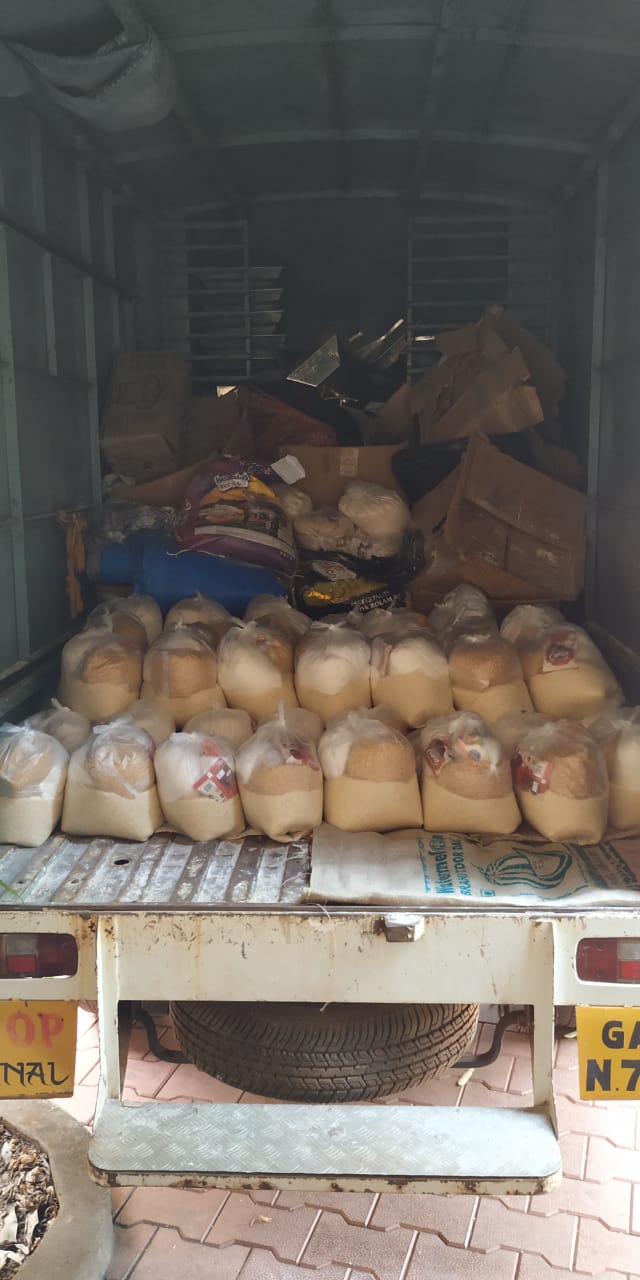 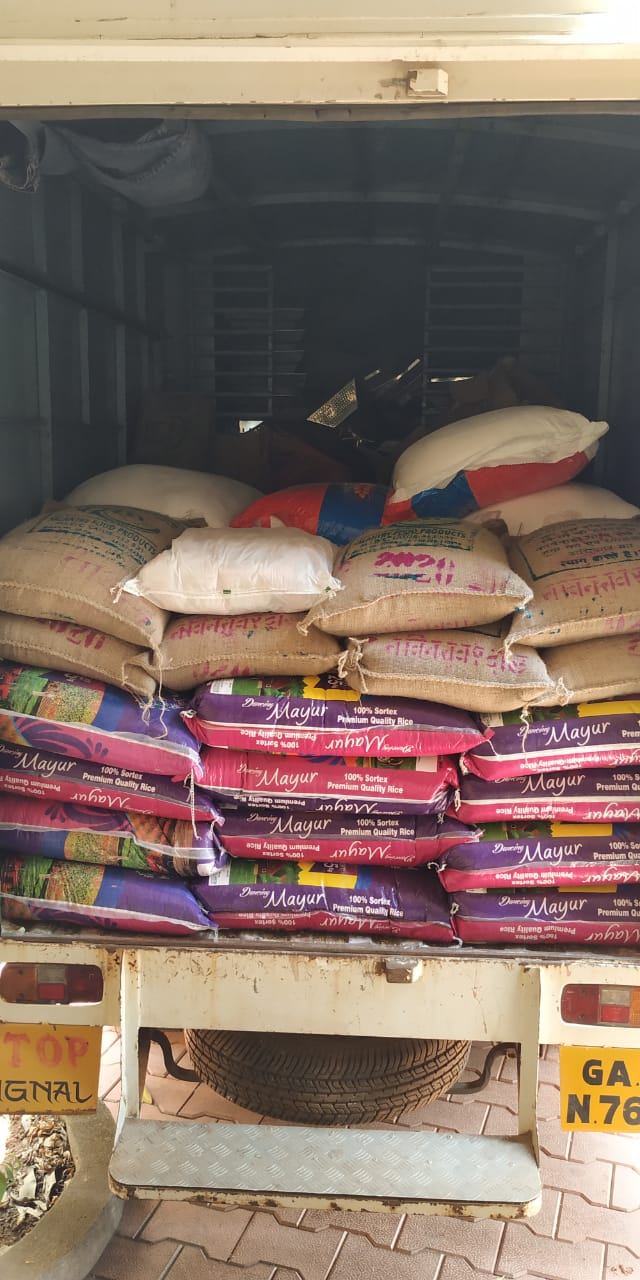 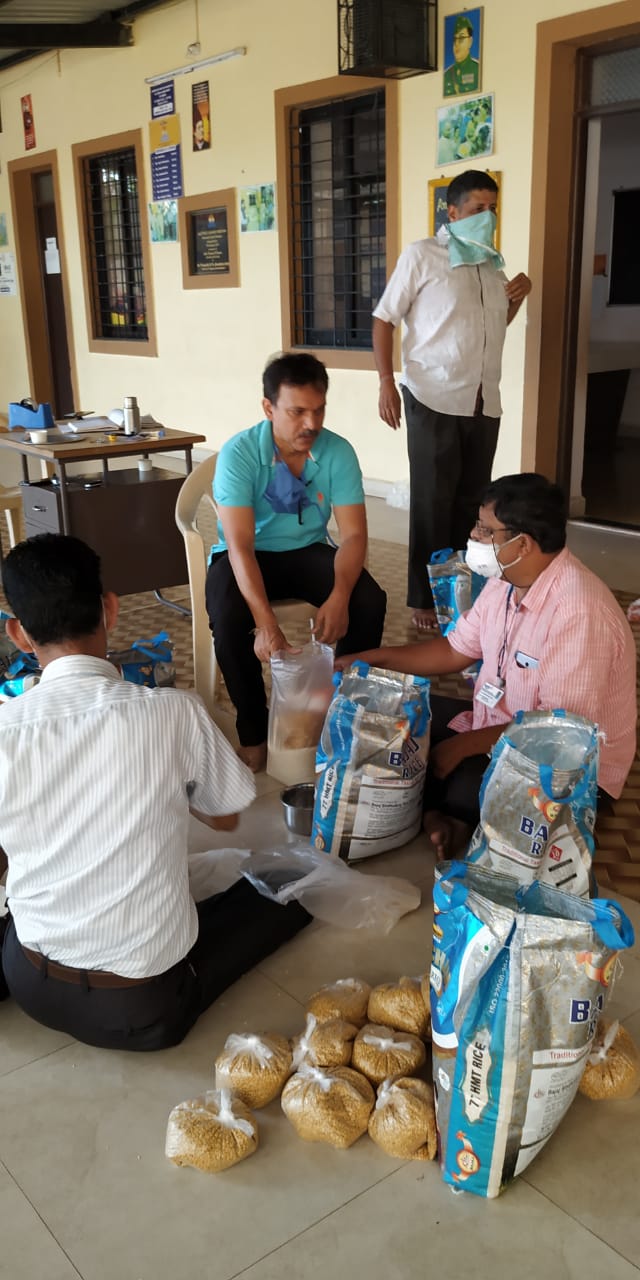 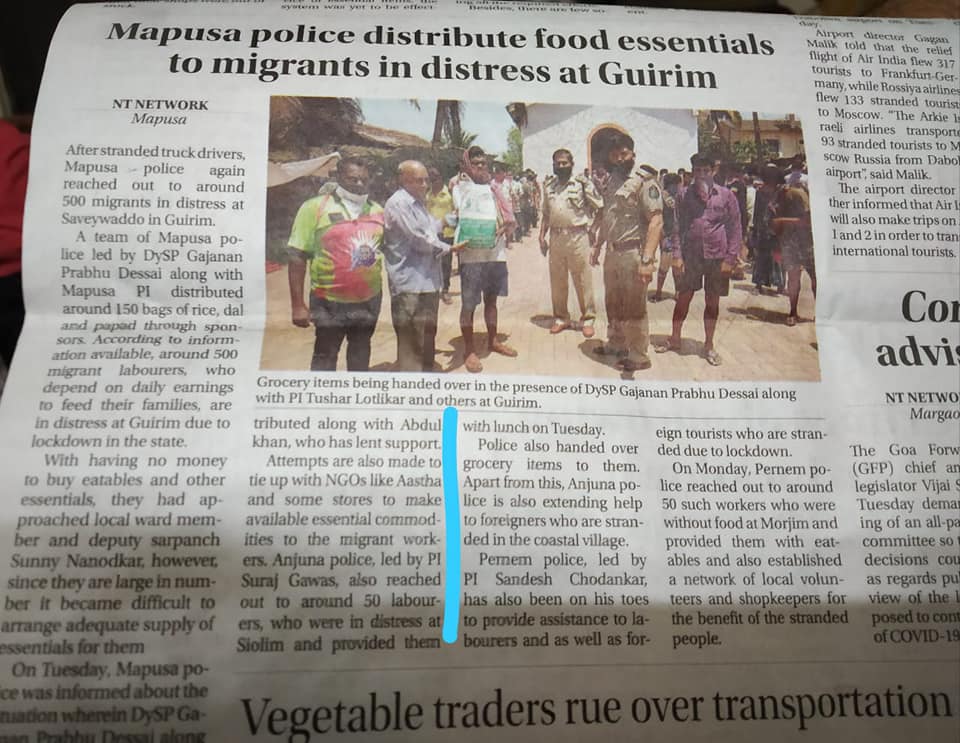 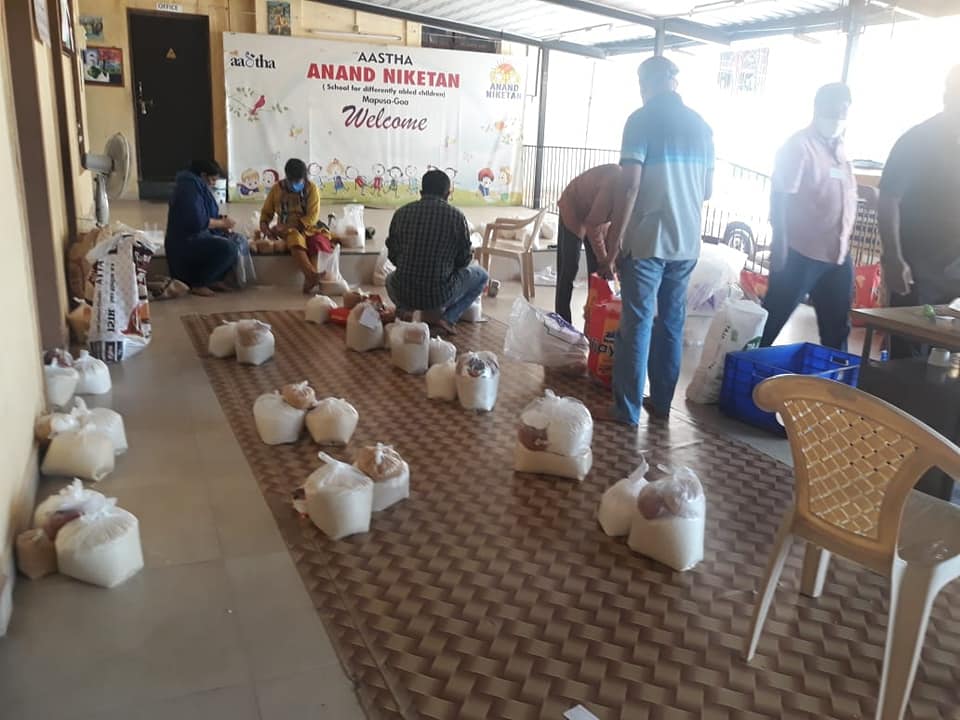 If you have any queries,
please feel free to call or email us.

Or leave us a message and
we will get back to you.

Leave us a message

Follow us on social media
for the latest updates. 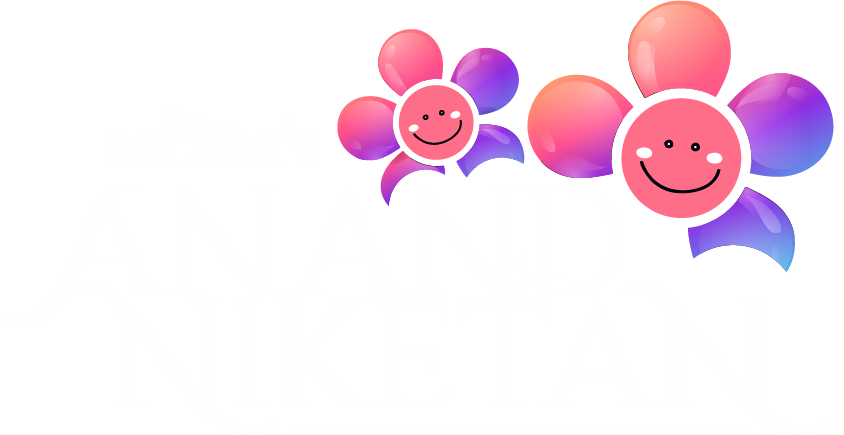 Leave us a message

Thank you for contacting us. We will get back to you at the earliest.